How to Make and Brew Shroom Tea?

It seems like people these days can make tea basically out of anything. The traditional tea, one could guess, has become too boring, and people are looking for new ways to spice this beverage up a little bit. However, the world probably wasn’t ready for mushroom teas. Eating mushrooms is a common thing, however, if you were anything like me, you have never really thought of putting them into hot water and drinking them. Well, some people came up with this genius idea, and now we have mushroom teas.

But, how does mushroom tea work? It’s not like you pluck some leaves, dry them and brew them. There has to be a catch with this one, right? Well, to mine, and probably your surprise, people have been sipping mushrooms for thousands of years, especially in the East and Southeast Asia. Mushroom teas and drinks were used for their alleged numerous health benefits. People used to drink mushroom teas to reduce stress and improve their immune system. And then, the idea of mushroom tea entered the Western world, where people used these drinks to induce hallucinogenic episodes; something that is not the topic of this article. We’ll discuss this one some other time.

What we are going to discuss today is the following; how can we make and brew mushroom tea at home? What are the tips and tricks, and what mushrooms make the best tea?

So, How Is Mushroom Tea A Thing?

Even if people like you, and the writer of this article, we’re not fully aware of the mushroom tea existence, these teas are actually very famous and liked by people across the world. For example, in Russia, China, Japan, other Asian countries, as well as the Baltic countries, mushroom teas are ‘the’ miracle drinks. People in these countries and cultures believe that mushroom teas can boost their immune system, improve mental and body relaxation, prevent cardiovascular, stomach and other diseases.

Mushrooms, as we all know aren’t exactly tea leaves. Therefore, mushrooms are sold in different forms, usually as extracts or other forms that would make them easy to brew. So, in order to be drinkable as tea, mushrooms have to be processed, usually into powder. There are some varieties of mushroom teas that include dried mushroom parts, but they are not as common, nor as tasty as the powdered version. To make a drinkable version of a mushroom, it is necessary to process its active components into powder and store it into tea bags or little packets, like the sugar packets for example. This powder is then poured into hot water, or other types of healthy beverages, like coffee or smoothies. Then, all there is to do is to stir the powder into the liquid and let it dissolve. Other types of mushrooms have to be dried and cut into small pieces so they can be used in tea. 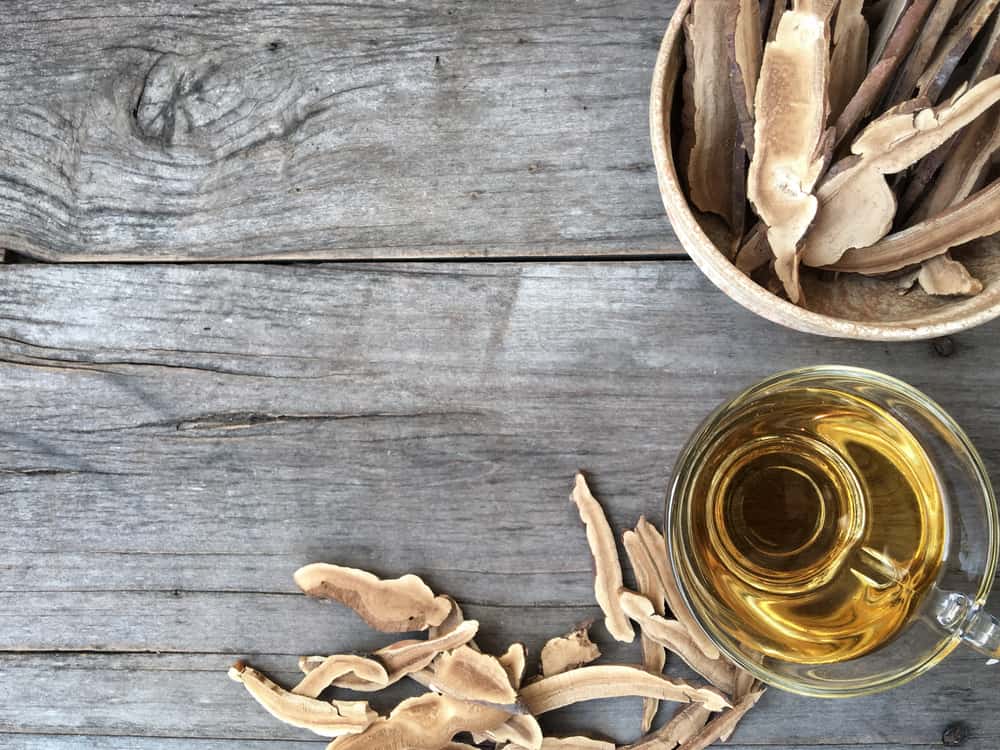 Types of Mushrooms for Teas 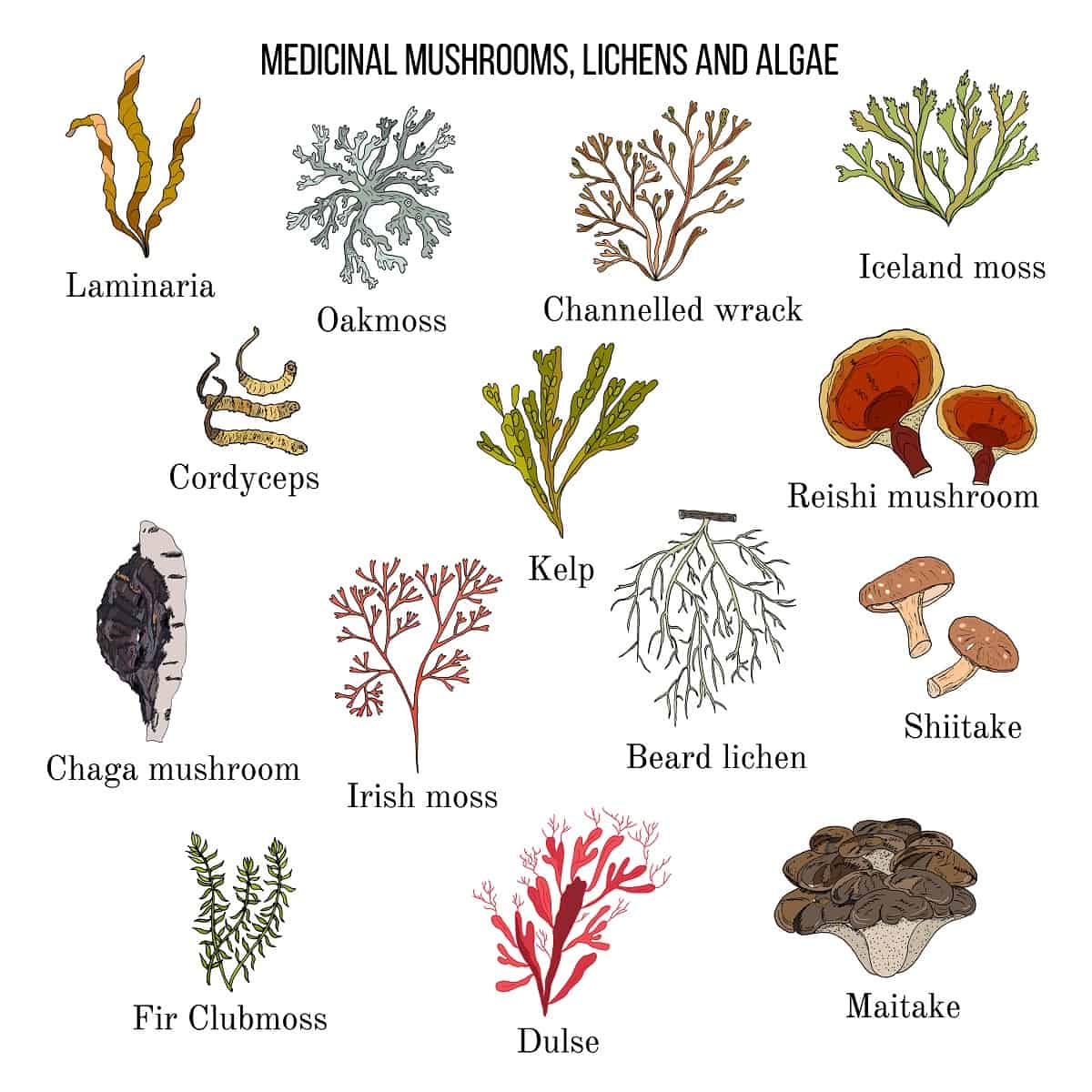 Mushrooms that are used to make mushroom teas are part of the so-called adaptogens plants. These plants are generally used for their medicinal substances in herbal medicine, as they are believed to be extremely beneficial for our bodies and overall health. So, not every mushroom out there can be turned into mushroom tea. So, here are some types of mushrooms that can be used to make them into a tea;

Now that we know it all about mushroom teas and types of tea mushrooms, it is time to take a look at the ways one would and should make this incredible beverage. 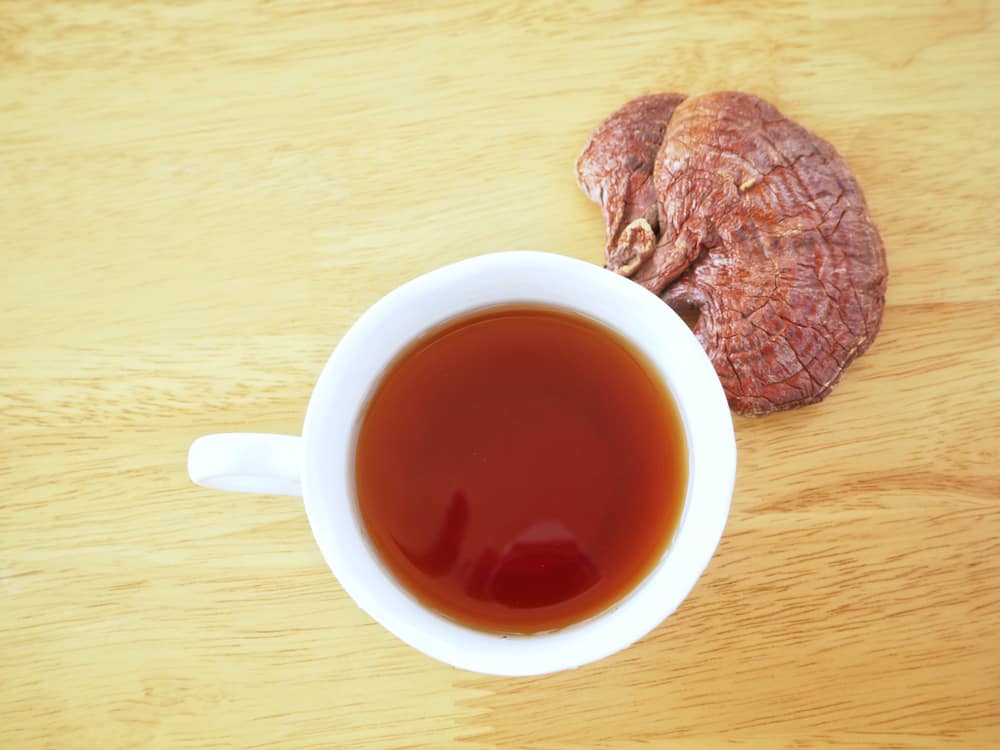 Chaga mushroom tea is really easy to make. If you have Chaga mushrooms, make sure to grind them into a fine powder. Pour the powder over with two cups of hot water and let it brew for 5 to 6 minutes. You can also let the whole mushroom steep in hot water, letting it infuse for up to 6 minutes; then strain the water and continue with the tea making process. Feel free to add sweeteners, milk or cream to make Chaga mushroom chai. Some people also add cinnamon sticks, cloves, nutmeg or other spice mixtures to make the tea even more exotic, and of course, even more tasty.

Just like the other mushroom teas, the Maitake tea is also extremely easy to make. However, this one is a version that also includes green tea, just to spice things up a bit. So, here’s what you’ll need to do. Get a hold on at least 10 grams of ground Maitake mushrooms, which you will brew for up to 15 minutes in boiling water. Once they’re done boiling, let them brew for 5 more minutes, together with 1 tablespoon of loose- leaf green tea of your choice. To the mixture, you can also add ginger, vanilla extract, nutmeg and other spices or sweeteners of personal preference. After the 5-minute brewing is done, simply strain the wonderful mixture into a cup and enjoy it.

Since Reishi mushrooms are a bit more bitter than other mushrooms, this mushroom tea definitely requires additional ingredients. However, the preparation itself is pretty easy. If you’re using the powdered version, simply add the powder to a designated amount of hot water, let it brew up to 10 minutes, at that’s it. If you’re using the mushroom pieces, makes sure they are finely sliced or cut into small pieces. Add the mushroom pieces to the boiling water, add a sweetener of personal preference, in this case, honey, and other spices as well. You can add cinnamon sticks or even marjoram leaves/oil. Let the mixture brew 5 to 10 minutes. Once it is done, strain it into a cup, and finish off with a dash of lemon or orange juice.